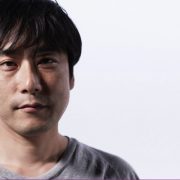 Director. Started working as an art director on primarily CD jackets, book covers.
Began producing music videos for his friends on his request. In recent years Koichiro has directed mainly tv commercials, music videos and short films at home and abroad. As well as this, he has been active in various categories such as web industry, graphic design, planning. 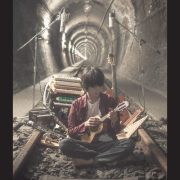 Shugo Tokumaru is a musician/performer/composer who uses various instruments (and non-instruments). In 2004, he released his first album from the indie label in NY. Since then, he has been active in various fields: live tour, festivals, composing for movies, plays, and commercials. Among them, he composed music for a TV program “Mimicries” (NHK Educational TV). In 2016, he released his first album in four years “TOSS”. In 2017, he organized his event TONOFON FESTIVAL and the album was released oversea. In 2018, he performed with an orchestra and released its DVD. In 2019, his field of activities has been still expanding. More live performances, events, and music production are upcoming. 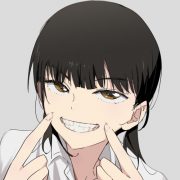 Animator and illustrator living in Hokkaido. In addition to working on many TV animations, animated features, and illustrations for books/manga, he works as the representative of STUDIO PONCOTAN, an animation studio by Kaikai Kiki, led by artist Takashi Murakami. He is the animation director and character designer for the TV anime "6HP". He has been engaging in many collaborations, such as illustrations for albums by livetune. His collections of works include "NONSCALE" and "Abusive Girl. He handled the character & costume design as well as key animation for the collaborative music video by Billie Eilish x Takashi Murakami.