The world’s only “airport festival” officially announces the 7th year! 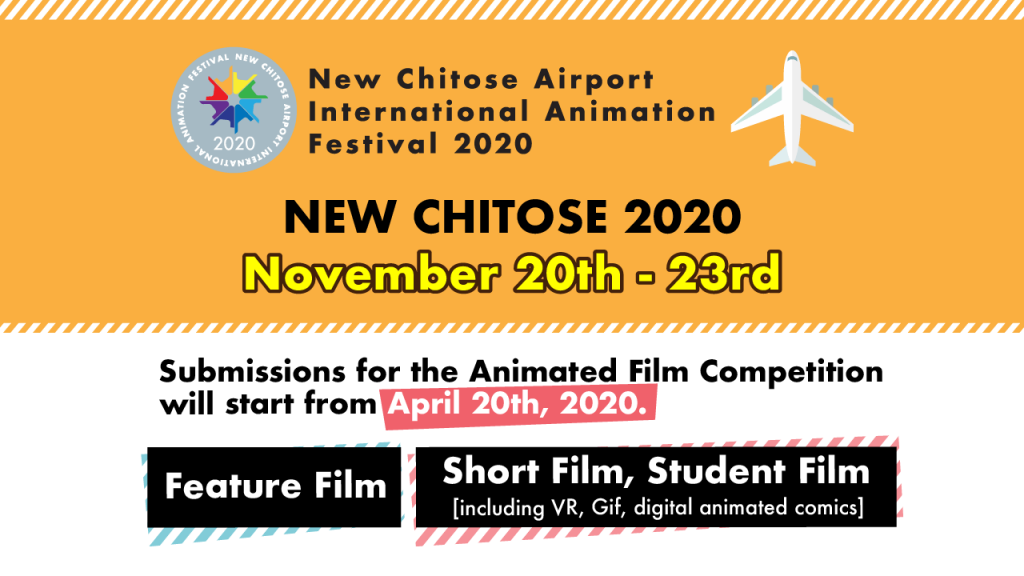 The New Chitose Airport is truly unique amongst its kind. The Airport also hosts a variety of facilities: a multi-screen movie theater, hotel, Onsen bath spa, arcade, shopping mall, high-quality restaurants featuring the unique taste of Japanese cuisine, and event spaces are amongst the many things that New Chitose Airport has in store for its visitors. By utilizing all of its unique attributes, and combining them into one eclectic embodiment, the airport provides a festival experience that cannot be replicated in any other environment. The last edition in 2019 attracted record-breaking 43,000 visitors, the highest number in the history of the festival.

The submission of all the competitions this year starts on April 20th. From the last year, we accept GIF, VR, and motion comics. In addition to them, you can submit movie installations with animation techniques this year. More information will be available soon at the official website.